Ah, the perfect neighbourhood… Schools close by, lovely green space, pleasant neighbours… and an open pit mine. An open pit mine? Not exactly what you had in mind when you purchased your home? 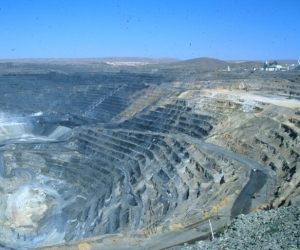 It may sound far-fetched, but this scenario could become reality for some residents of Kamloops. A proposed mine is partly within city limits, and only two kilometers from the nearest elementary school. Residents are concerned about property values, blasting noise, health implications of dust, and impacts to slope stability and well water.

On Monday, the Union of BC Municipalities will have an opportunity to take an important step toward the solution to situations like this with their vote on a resolution to modernize BC’s antiquated mining laws. Passing the resolution would show that municipal leaders are getting in step with public interest in changing mining practices and procedures to better reflect the expectations and values of British Columbians today.

Put simply, BC’s Mineral Tenure Act puts mining interests ahead of all other interests. For example, landowner consent is not needed prior to mineral exploration and mining. Mining claims are staked through a simple, online process by anyone who possesses a Free Miner Certificate. Any Canadian resident, company, or individual authorised to work in Canada can easily obtain a Free Miner Certificate. Once they stake a claim, they can access their claim at any time, even if it is on private property. They do not need the landowner’s permission.

Other concerns are that mines are allowed in municipal watersheds, within city limits, on agricultural lands, and even in some parks. There’s no requirement that a miner consult with municipalities or with First Nations. The BC government has no freedom to decide to deny a mineral lease.

How can we fix it?

A new Mineral Tenure Act could balance the needs of the mining industry with other economic and cultural activities. Laws from other regions in Canada and other countries around the world provide good starting points for reform. For example:

Mining will always play an important role in BC’s economy, but we need to find the right balance. Other economic interests, cultural and environmental concerns should also carry legal weight. A new Mineral Tenure Act could accomplish this.

For more information on the above examples, check out Chapter 4 of our Fair Mining Practices: Mineral Tenure and Land Use Planning.

Filed under:
News by admin