Securing the Cost of Mine Clean-up

BC Mining Issue:Mine securities in BC are vulnerable. Policy, rather than law, forms the backbone of the current system, and the Chief Inspector of Mines has discretion in all aspects of the mine security process.

Fair Mining Best Practice:BC needs to tighten up its security requirements, to protect the public purse from the potentially enormous costs of mine clean-ups. 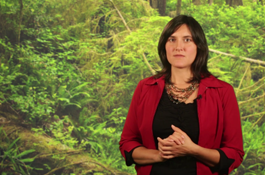 While mining provides substantial benefits to BC’s economy, it is important to understand that the industry carries extensive risks with large potential economic and environmental costs.

Where mining companies go bankrupt or default on their obligations, costs associated with site clean-up fall on the provincial government and taxpayers. While taxpayers are, in theory, protected from incurring these costs by law and policies, many of these safeguards occur at the discretion of the Chief Inspector.

Security is a type of guarantee intended to ensure that there are sufficient assets available to cover costs associated with any outstanding reclamation or decommissioning work should a mining company default on its obligations.

“[S]ecurity now being taken under the Mines Act is inadequate to remediate the known mines sites in BC where contamination exists.  -BC Auditor-General (2003)

Under the Mines Act, the Chief Inspector is empowered to require that the mining company deposit security “in the amount and form satisfactory to the chief inspector.” Using an estimate of reclamation costs, the actual amount of security is negotiated between the provincial government and the mining company.

The cost to the public of not having adequate security laws can be enormous. Canada’s taxpayers will pay an estimated 1 billion to remediate the Giant Mine in Yellowknife, and an estimated 700 million to clean up the Faro Mine in the Yukon.

However, mine securities in BC are vulnerable. Policy, rather than law, forms the backbone of the current system, and the Chief Inspector has far too much discretion in all aspects of the mine security process. This discretion includes the discretion to choose whether or not to require a mine to provide security, what type of security to accept, and when it is necessary to amend security amounts.

The Chief Inspector’s discretion, combined with the extensive environmental disturbance caused by mining activities, makes it very important that adequate funds are secured in advance to cover mine reclamation and decommissioning costs.

This section compares BC’s laws regarding mine securities with laws from other jurisdictions that evoke the polluter-pays principle to maximum effect.

It has received has received strong support from Organization for Economic Cooperation and Development (OECD) and European Communities (EC) countries.