Compliance and Enforcement in the Mining Sector

BC Mining Issue:BC’s regulatory authorities are granted broad discretion in implementing environmental and social protection measures. Such discretion can be problematic because it allows for inconsistent application of the law.

An example of challenges to enforcement is discretionary laws. In one case, when mine inspectors found excessive concentrations of mercury in the tailings of the Golden Bear mine in BC, they did not require the company to stop discharging mercury. Instead, the government allowed the discharge of mercury to continue, as long as it did not show up at the downstream monitoring location.

The discretionary power granted to regulatory authorities in BC is problematic because it leads to inconsistent application of the law. Two important measures that would limit this discretion are frequent mine inspections at all stages of the mining life cycle and minimum sentencing for environmental offences.

Voluntary compliance encourages a mining company to regulate itself and is often seen as an alternative to government-imposed regulations. The increasing trend towards voluntary compliance has been widely criticized and often runs counter to the general public’s support for strong environmental laws. If the current government is not committed to enforcing environmental laws, then First Nations, interest groups, and members of the public should be afforded this opportunity.

In Quebec, legal provisions allow the government to charge mining companies fees to cover the cost of control and monitoring measures.

BC Mining Issue:One of the greatest challenges to effective enforcement is the lack of capacity and availability of resources

Significant government cut backs, a reduced government workforce, and reductions of site inspections and prosecutions, has eroded the protection of local communities and the environment. Because adequate funding is one of the key elements of a successful enforcement regime, BC should adopt laws to, for example, to allow recovery of enforcement costs from a proponent and charge fees for inspection.

Although mining companies may face harsh penalties for disobeying the law, these penalties are insufficient and do not reflect damage caused by the offence. BC’s mining laws would have more clout if liability was expanded to cover cultural and environmental impacts, and legislation demanded heavier penalties for repeat offenders. 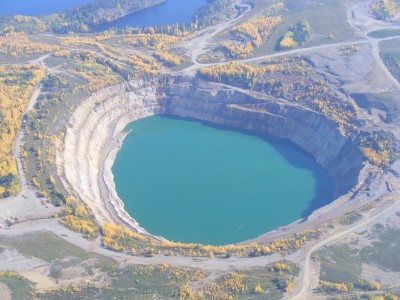 Previous Section: 8.1 Overview of BC and Federal Law